Back in May 2017, we started working an new and exciting project with Sitecore version 8.2 update-3. I was setting up the continuous integration/auto deployment for the project. Once CI/CD was setup as described in my previous blog posts I encountered the issue that Sitecore Ship module, which is responsible for synchronizing the Sitecore content items, was not working as expected. It was showing a 200 OK response in the Team City logs but in reality it was failing silently. 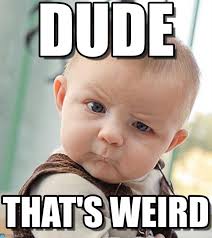 Doing a quick google about the issue I found at that I am not the only one having the issue, there are other people who are experiencing the same issue as well. I also came across this blog by another Sitecore developer who was facing exactly the same issue and he decided to switch to TDS package deployer instead of Sitecore Ship.

After testing package deployer with the continuous integration setup for few days, I realized that although the build process is copying across the .update files, there is no feedback from the package deployer (or a 200 OK response) that package has been installed successfully. In order to confirm, I have to RDP or FTP to the server and  check that .update files have been correctly installed or if they have failed for any reason.

So back to square 1, let’s figure out what is wrong with Sitecore Ship ?

Looking at the open issues list of the Sitecore Ship GitHub repository, I saw people reporting similar issues where Sitecore Ship was failing silently or not working on Azure Deployments.

Interestingly, there was also a pull request #69 submitted to fix this issue with 8.2 update-2 in Jan 2017 which had some really positive feedback.  As of today, this pull request has not been merged to the main repository or available via NuGet gallery.

In my case, the project was on 8.2 update-3 (one update higher than the submitted pull request version), and it wasn’t a straight forward fix. I was skeptical but I decided to repeat what has been done in pull request #69 and compile it against 8.2 update-3 version of the Sitecore and try it out.

This is what I did to get my fix:

4-Modified the code for Sitecore.Ship.Update.UpdatePackageRunner class as mentioned in the comment section (and below)

5-Build and compiled the code and then replaced the dlls in the bin folder on QA server.

6-Ran the Team City build server script again and it worked like MAGIC!

The underlying issue, as mentioned in one of the comments ,was that there has been some updates to the Sitecore.Update.dll and the code that was responsible for deploying the items was not working any more. Also the solution’s target .NET version has to be upgraded to 4.5.2.

I believe that the pull request will be tested and merged into the main repository soon so everything is available via standard NuGet packages. However if have read till here and using either 8.2 update 3 or update 5 for your CI/CD setup, you can download the compiled dlls from my dropbox and give it a go!

For 8.2 udpate-4 you either wait for the NuGet package or do what I mentioned above.

View all posts by Naveed

This site uses Akismet to reduce spam. Learn how your comment data is processed.